The brand new range of Challenger Rogator RG600D series self propelled sprayers made its field debut in the UK. Featuring a 50kph transmission, fully independent suspension, cruse control, twin ride height control, 800 litres/min pump as standard, range of Pomier booms from 24-26m, with either 3 or 5 sensor Norac boom leveling systems and electronic 1m sections. The self propelled sprayer comes with autoguidance steering as standard. In the all new cab there is a twin screen data control system, with data transfer to the farm office via Bluetooth or mobile GSM data transfer. With the high capacity pump, and stable boom and low centre of gravity the RG600D is capable of comfortably spraying 350litres/ha of liquid fertiliser at a forward speed of 20-25kph.

For more information and to download a brochure visit the Challenger RG600D model information. 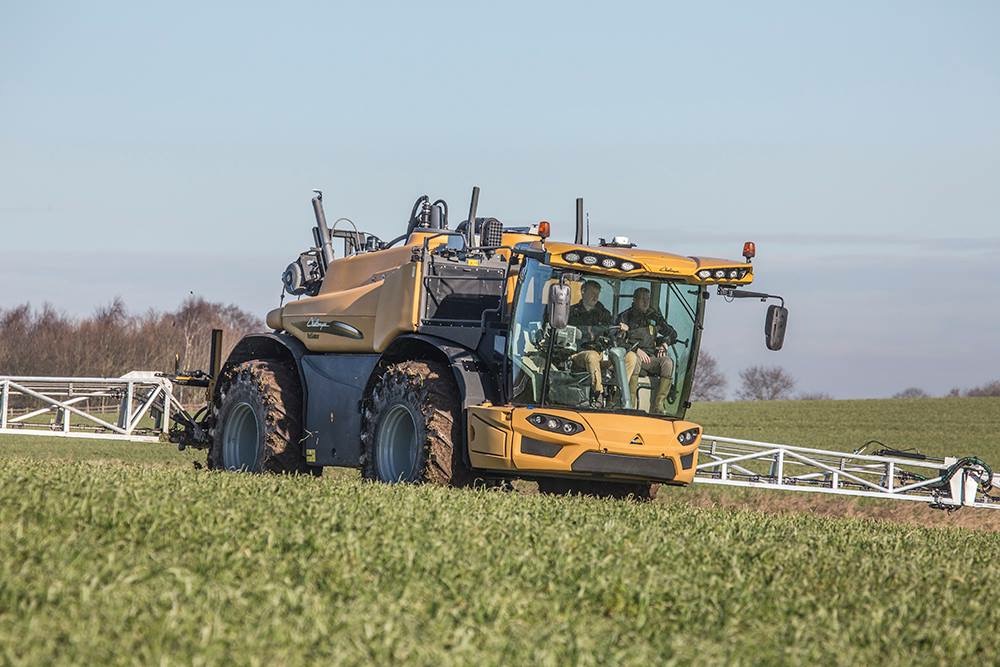 With the Tier 4 final emission complient AGCO Power SISU 7 cylinder diesel, producing almost 2,000 Nm of torque in the range topping MT775E tractor, the performance of the latest in the MT series captured the plaudits of the international panel of judges.

To find out more about the new models of the Challenger MT700E series, that are once again setting the standard for tracked tractors visit our model page and make contact with Clive Barber on 07860 464752 or clive.barber@chandlersfe.co.uk our Challenger specialist who will be able to line up your on farm demonstration. 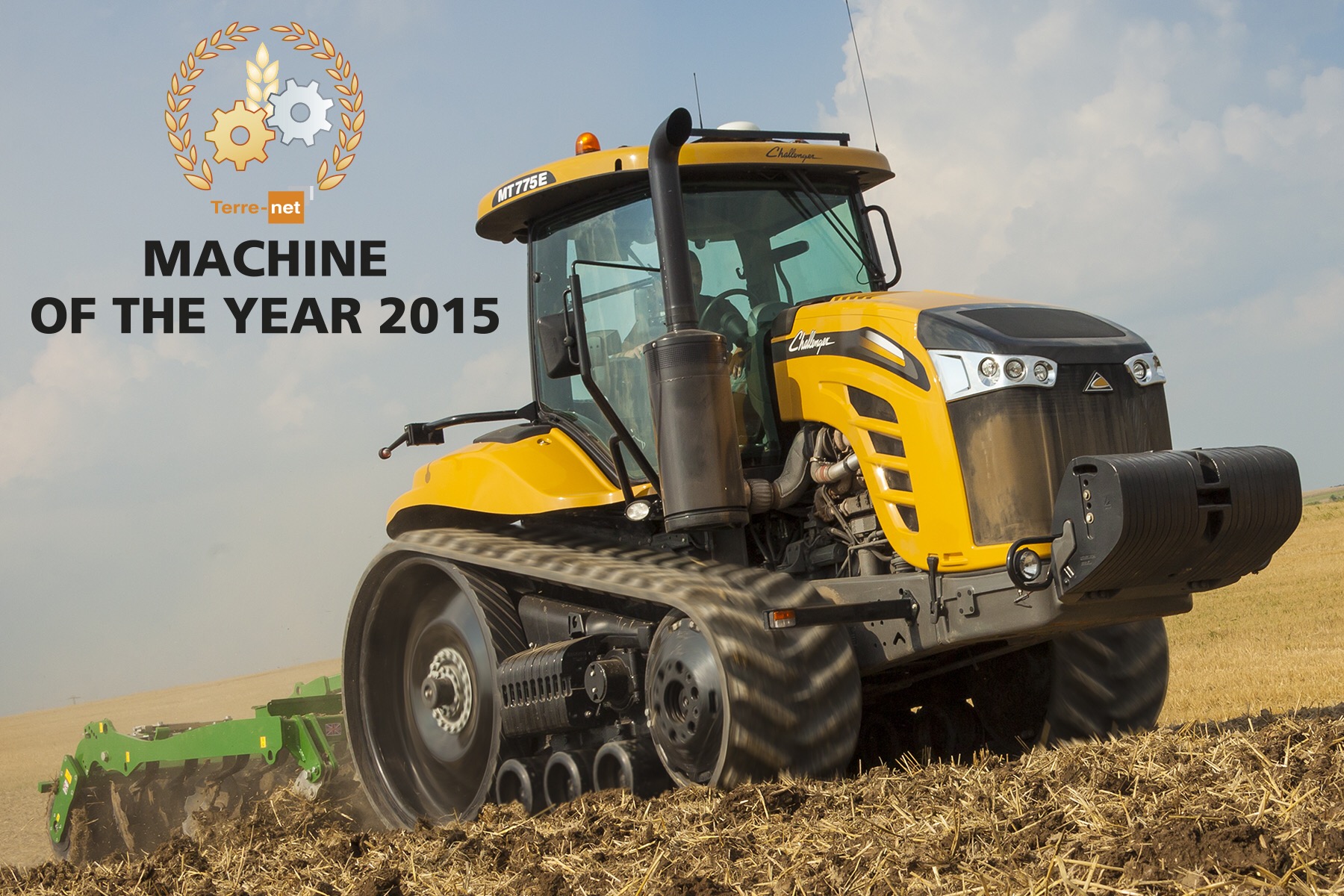 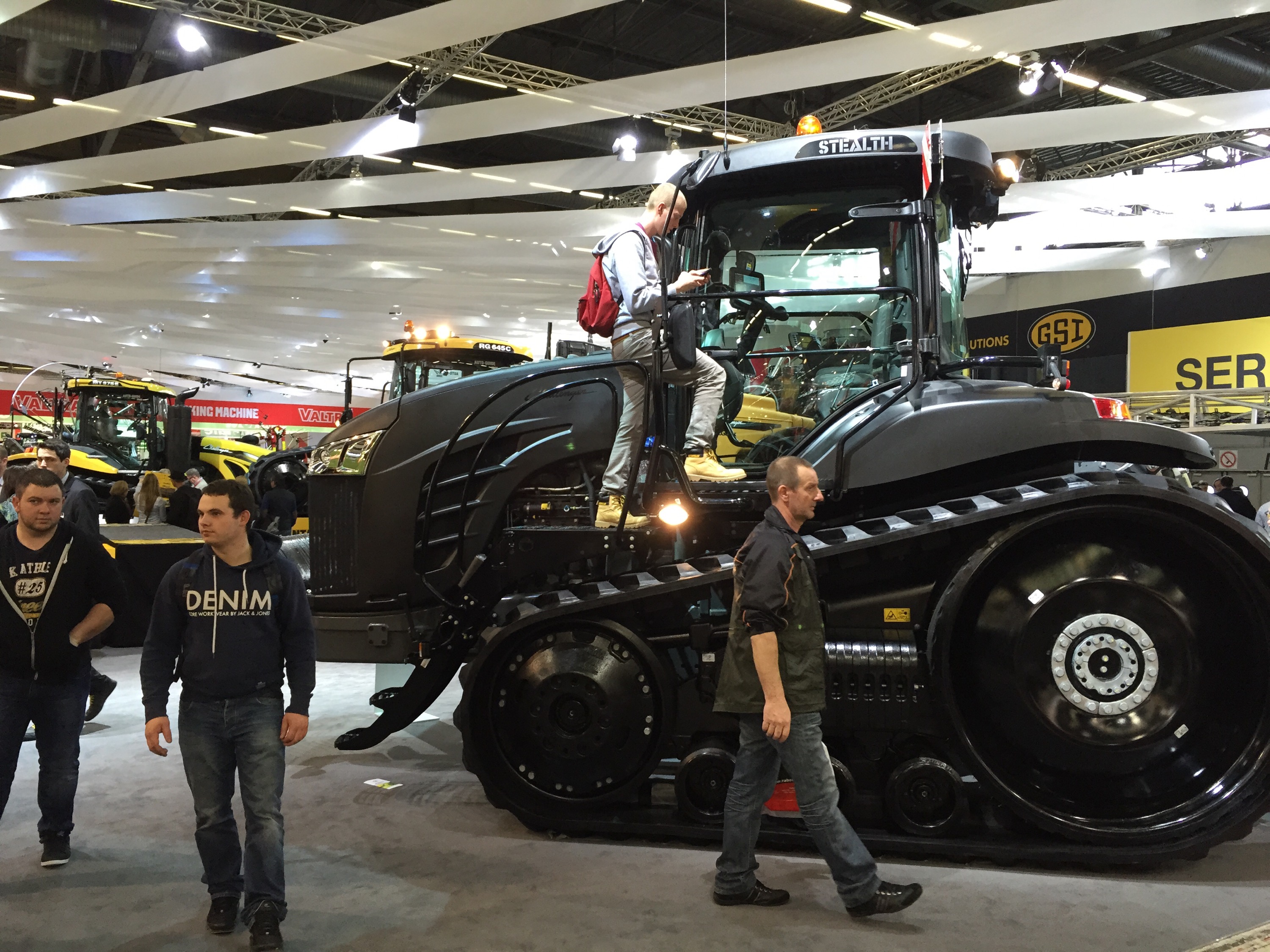 Long life, ‘high hours’ Challengers that continue working hard, reliably and economically are the heroes of this article

Posted on May 31, 2013 by Used Challenger Tractor Sales

For these two Lincolnshire farmers, working their Challengers this way is a deliberate business decision and key element of their farming strategy. To a significant extent, confidence in a Challenger’s longevity can be attributed to its heritage from CAT construction equipment, where 30,000hr design life at heavy duty loads is standard, and ‘disposable engineering’ are still considered dirty words . Of course, for all kinds of machine, longevity and reliability are also critical to maintaining good trade-in and second hand values, which in turn have a major bearing on the cost of ownership for buyers of new machines.

Lets hear it for the ‘million-mile’ owners club!

One of the Challengers featured here is a 2003 model with more than 12,000 hours on the clock. For context, a taxi driver in Stirling recently told me with some pride that the 2007 diesel saloon in which we were travelling had 360,000 miles on the clock. Apart from a dodgy gearchange from 2nd to 3rd, it seemed to be running ok. But before getting too impressed by this, the Challenger’s 12,705.3 hours, operating at or close to full power most of the time, is equivalent perhaps to the taxi doing a constant 100mph for 1.2 million miles ! At that time, would it still have the original engine and gearbox? This Challenger does. 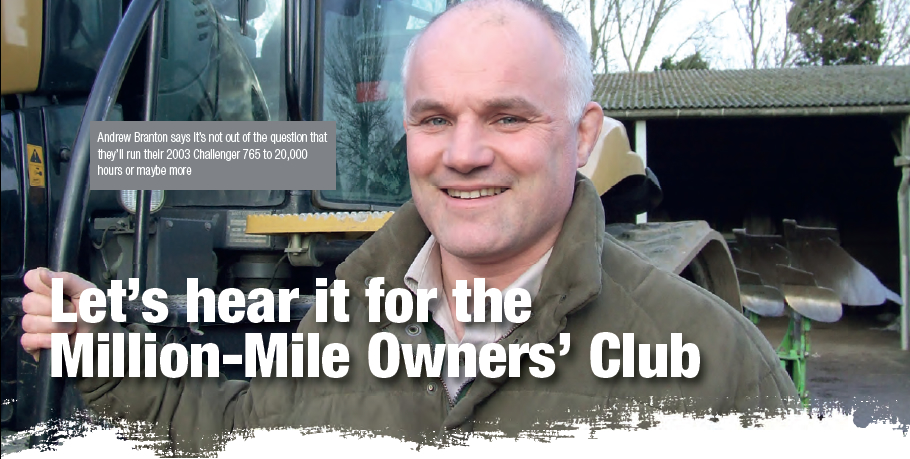 It is one of a pair of 765s operated by WD Branton from their base at Willow Tree Farm, Deeping Saint Nicholas, near Spalding in Lincolnshire. Potatoes, sugar beet and combinable crops are the cropping mainstays on 1,822ha (4,500 acres) of land that, according to farm partner Andrew Branton, ranges from grade one silt, through black peaty soils, grade two clay loams to some “very heavy, grade three stuff”. Across all these soil types, the two major concerns are compaction and organic matter depletion. “After a wet summer or autumn, it can take more than two years to restore soil structure to normal,” he says. “And in this part of the country, there is a strong case for returning to mixed farming, as much for a ready supply of manure as additional financial margins.” However, this is ruled out by Andrew for the time being because the family firm’s management horsepower is already fully occupied looking after supermarket supply contracts for potatoes, which he says demand significant attention to customer care as well as crop husbandry and store management. 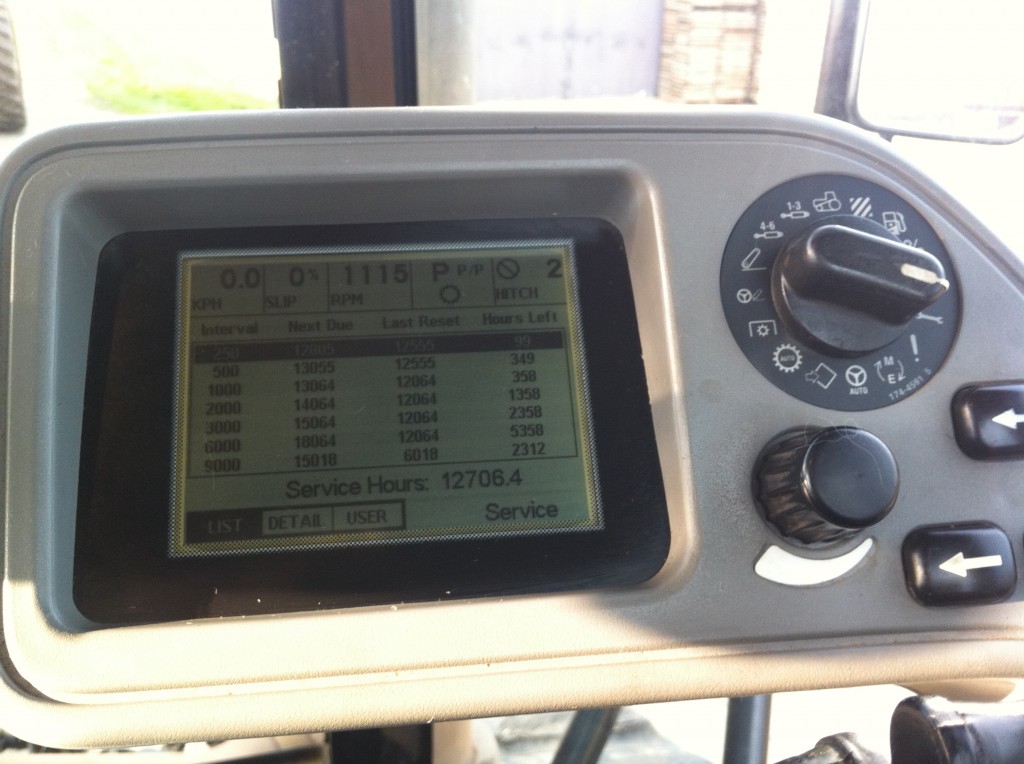 END_OF_DOCUMENT_TOKEN_TO_BE_REPLACED

Posted on May 6, 2013 by Used Challenger Tractor Sales 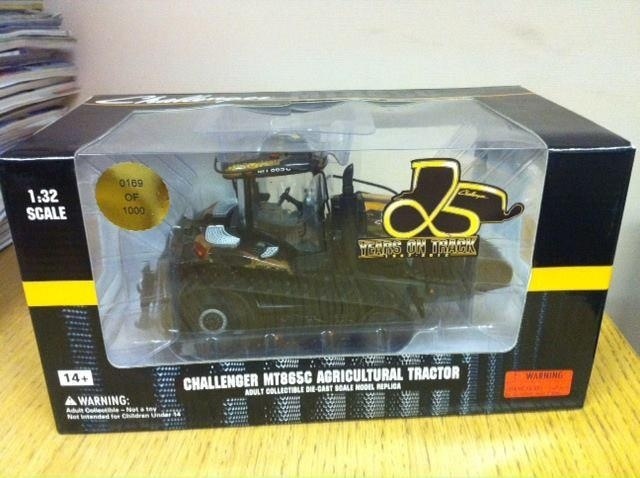 If you would like to buy a Challenger 1:32 model, then visit Chandlers online retail parts website www.challenger-parts.co.uk